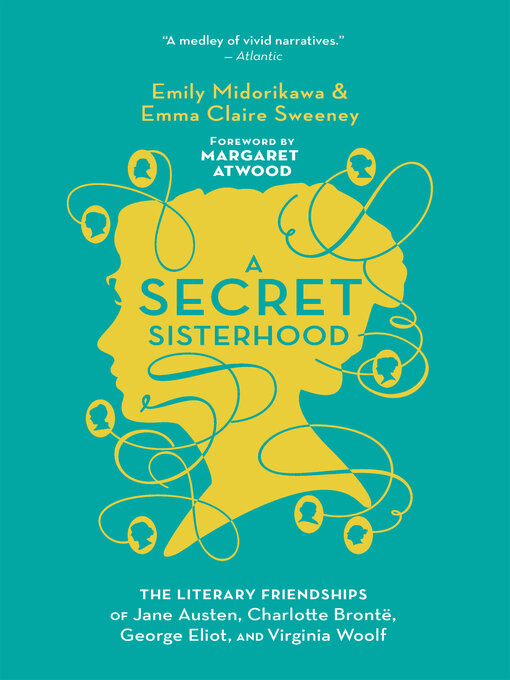 A secret sisterhood the hidden friendships of Austen, Brontë, Eliot and Woolf

Two female writers and best friends bring to light the literary friendships of four iconic female authors. Male literary friendships are the stuff of legend; think Byron and Shelley, Fitzgerald and Hemingway. But the world's best-loved female authors are usually mythologized as solitary eccentrics or isolated geniuses. Coauthors and real-life friends Emily Midorikawa and Emma Claire Sweeney prove this wrong, thanks to their discovery of a wealth of surprising collaborations: the friendship between Jane Austen and one of the family servants, playwright Anne Sharp; the daring feminist author Mary Taylor, who shaped the work of Charlotte Brontë; the transatlantic friendship of the seemingly aloof George Eliot and Harriet Beecher Stowe; and Virginia Woolf and Katherine Mansfield, most often portrayed as bitter foes, but who, in fact, enjoyed a complex friendship fired by an underlying erotic charge. Through letters and diaries that have never been published before, A Secret Sisterhood resurrects these forgotten stories of female friendships. They were sometimes scandalous and volatile, sometimes supportive and inspiring, but always—until now—tantalizingly consigned to the shadows. With a foreword by Margaret Atwood "A thought-provoking meditation on literary friendship as well as engagingly intimate glimpses of four of the world's finest writers."—San Francisco Chronicle "A medley of vivid narratives." —The Atlantic "Midorikawa and Sweeney have committed an exceptional act of literary espionage. English literature owes them a great debt." —Financial Times "A vital and necessary contribution to women's history, literary history, and the literature of friendship."—Kate Bolick, author of Spinster: Making a Life of One's Own