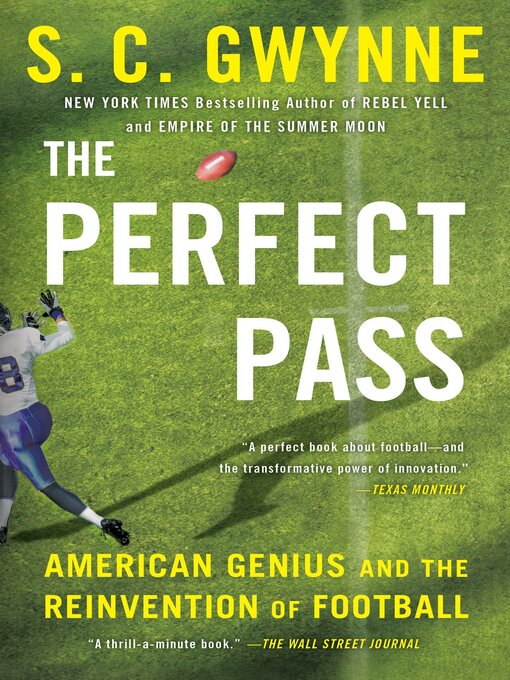 The perfect pass American genius and the reinvention of football

"New York Times bestselling, award-winning historian S.C. Gwynne tells the incredible story of how Hal Mumme and Mike Leach--two unknown coaches who revolutionized American football in the 1980s, 1990s and 2000s--changed the way the game is played at every level, from high school to the NFL"--

The mad pirate's revenge
A job you wouldn't want
A brief history of men throwing balls
Secrets of the air
Ballad of the lonesome polecat
Of Mouse and Mormons
Maybe the worst team in America
The future does not exist
A convocation of rejects
Hal's theory of relativity
The air show comes to town
The one, holy, Catholic, and apostolic pass
No good deed unpunished
Bumps in the road
Pilgrimage to Margaritaville
Rise of a great American offense
The street value of an aerial circus
Air raid
High, wide, and handsome
Stars in their courses
Epilogue: The game changes.