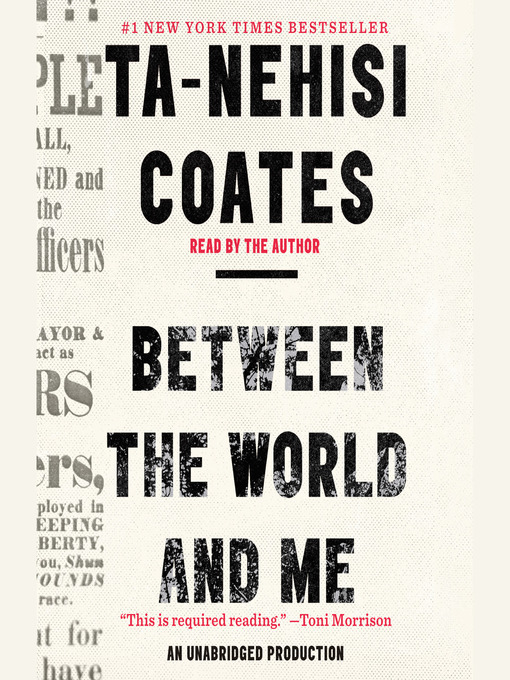 Between the world and me

"For Ta-Nehisi Coates, history has always been personal. At every stage of his life, he's sought in his explorations of history answers to the mysteries that surrounded him--most urgently, why he, and other black people he knew, seemed to live in fear ... In [this book], Coates takes readers along on his journey through America's history of race and its contemporary resonances through a series of awakenings--moments when he discovered some new truth about our long, tangled history of race, whether through his myth-busting professors at Howard University, a trip to a Civil War battlefield with a rogue historian, a journey to Chicago's South Side to visit aging survivors of 20th century America's 'long war on black people,' or a visit with the mother of a beloved friend who was shot down by the police."