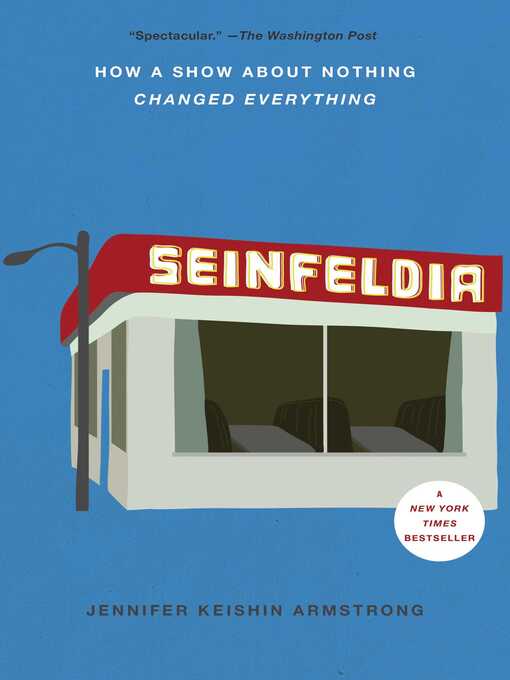 Seinfeldia how a show about nothing changed everything

"An uproarious behind-the-scenes account of the creation of the hit television series describes how comedians Larry David and Jerry Seinfeld dreamed up the idea for an unconventional sitcom over coffee and how, despite network skepticism and minimal plotlines, achieved mainstream success,"--NoveList.

Introduction: the baseball game
The origin story
The players
The network
The cult hit
The production
The writers
The bizarros
Seinfeld nation
The show about something
The Larry David-shaped hole
The end
Seinfeldia emerges
The bizarros: the sequel
The legend of the curse
Seinfeldia.