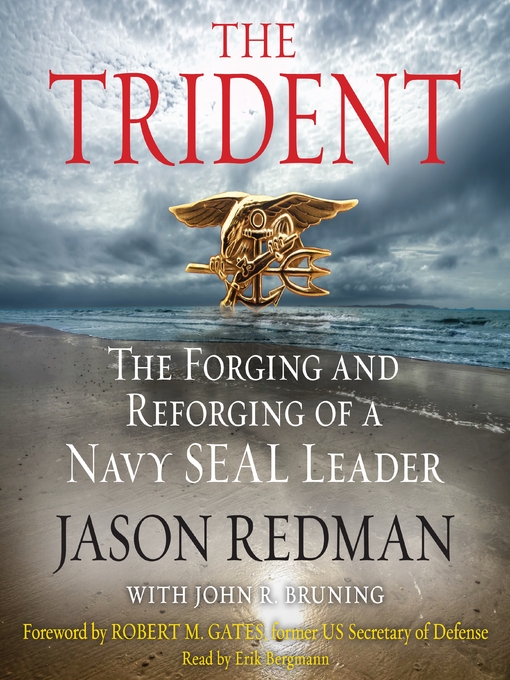 The trident the forging and reforging of a Navy SEAL leader

Decorated Navy SEAL Lieutenant Jason Redman served his country courageously and with distinction in Columbia, Peru, Afghanistan and Iraq, where he commanded mobility and assault forces. But his journey was not without its supreme challenges. He was critically wounded in 2007 when he was struck by machine-gun fire at point blank range. During his intense recovery period Redman posted a sign on his door, warning all who entered not to "feel sorry for [his] wounds. His sign became both a statement and a symbol for wounded warriors everywhere. Vivid and powerful, emotionally resonant and illuminating, The Trident traces the evolution of a modern warrior, husband, and father, a man who has come to embody the never-say-die spirit that defines one of America's elite fighting forces.