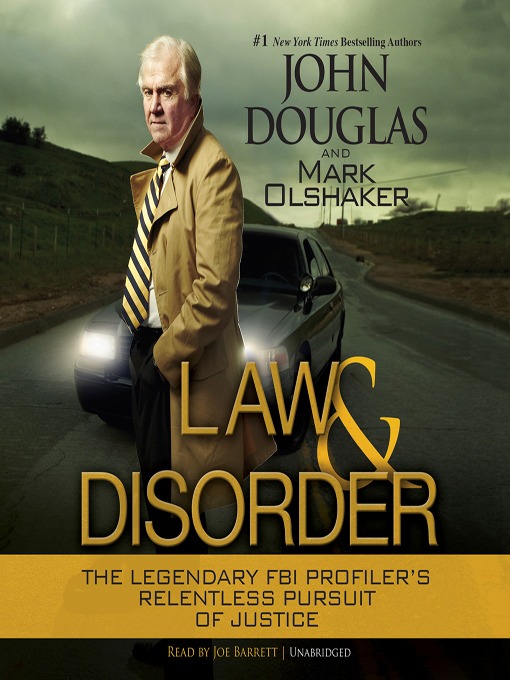 From the New York Times bestselling authors of Mindhunter-former FBI agent John Douglas and Emmy Award-winning filmmaker Mark Olshaker-comes an explosive look at how a high-profile murder case can test the limits of even the most seasoned investigator. For twenty-five years, John E. Douglas worked for the FBI, where he headed the elite Investigative Support Unit. The real-life model for FBI Agent Jack Crawford in The Silence of the Lambs, he's had a brilliant and terrifying career, getting inside the minds of notorious murderers and serial killers such as Ted Bundy, John Wayne Gacy, and David Berkowitz (Son of Sam). Written with long-time collaborator Mark Olshaker, Law and Disorder is Douglas' most provocative and personal book to date. In it, he addresses every law enforcement professional's worst nightmare: those cases where, for one reason or another, justice was delayed-or even denied. Through a series of character-driven case histories-from the earliest trials in Salem, Massachusetts, to the bungled trial of Amanda Knox-Douglas shows what happens when the system breaks down and bias, media coverage, and other influences get in the way of a dispassionate pursuit of the evidence. Here also are Douglas' personal reflections on his ongoing search for the truth, from painful lessons learned early in his career to his controversial findings in the West Memphis Three and JonBenet Ramsey investigations. Brimming with procedural detail, Law and Disorder is an eye-opening insider's account of the exhilaration and frustration that attend the quest for justice.