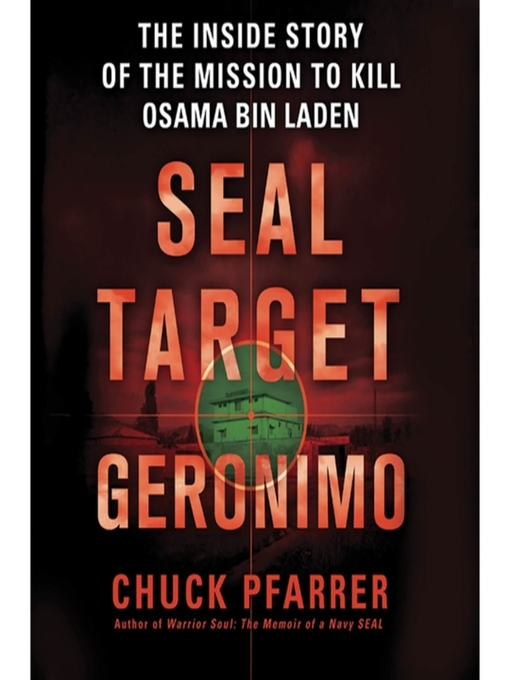 On May 2, 2011, at 1:03 a.m. in Pakistan, a satellite uplink was sent from the town of Abbottabad crackling into the situation room of the White House in Washington, D.C.: "Geronimo, Echo, KIA." These words, spoken by a Navy SEAL, put paid to Osama bin Laden's three-decade-long career of terror. SEAL Target Geronimo is the story of Bin Laden's relentless hunters and how they took down the terrorist mastermind, told by Chuck Pfarrer, a former assault element commander of SEAL Team Six and author of the bestselling Warrior Soul: The Memoir of a Navy SEAL. After talking to members of the SEAL team involved in the raid, Pfarrer shares never-before-revealed details of the historic raid and the men who planned and conducted it in an exclusive boots-on-the-ground account of what happened during each minute of the mission--both inside the building and outside.