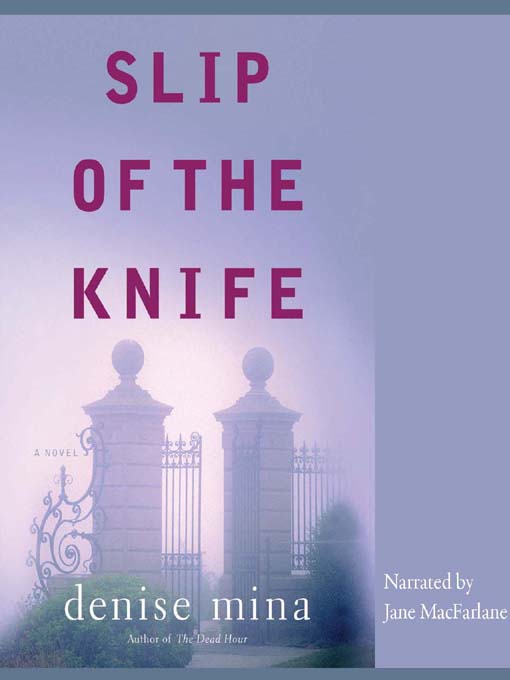 Slip of the knife a novel

Paddy Meehan is no stranger to murder--as a reporter she lives at crime scenes--but nothing has prepared her for this visit from the police. Her former boyfriend and fellow journalist Terry Patterson has been found hooded and shot through the head. Paddy knows she will be of little help--she had not seen Terry in more than six months. So she is bewildered to learn that in his will he has left her his house and several suitcases full of notes. Drawn into a maze of secrets and lies, Paddy begins making connections to Terry's murder that no one else has seen, and soon finds herself trapped in the most important--and dangerous--story of her career.