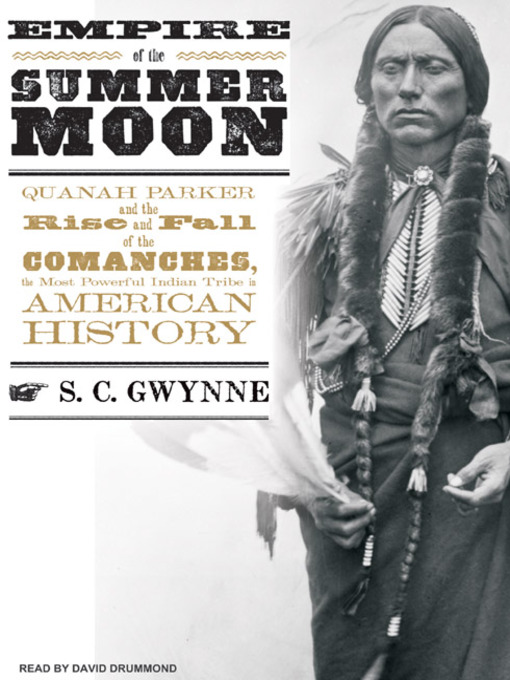 Empire of the summer moon Quanah Parker and the rise and fall of the Comanches, the most powerful Indian tribe in American history

A stunning historical account of the battle between Comanche Indians and white settlers for control of the American West-in the tradition of Bury My Heart at Wounded Knee.

A new kind of war
A lethal paradise
Worlds in collision
High lonesome
The wolf's howl
Blood and smoke
Dream visions and Apocalypse
White squaw
Chasing the wind
Death's innocent face
War to the knife
White queen of the Comanches
The rise of Quanah
Uncivil wars
Peace and other horrors
The anti-Custer
Mackenzie unbound
The hide men and the messiah
The Red River War
Forward, in defeat
This was a man
Resting here until day breaks.