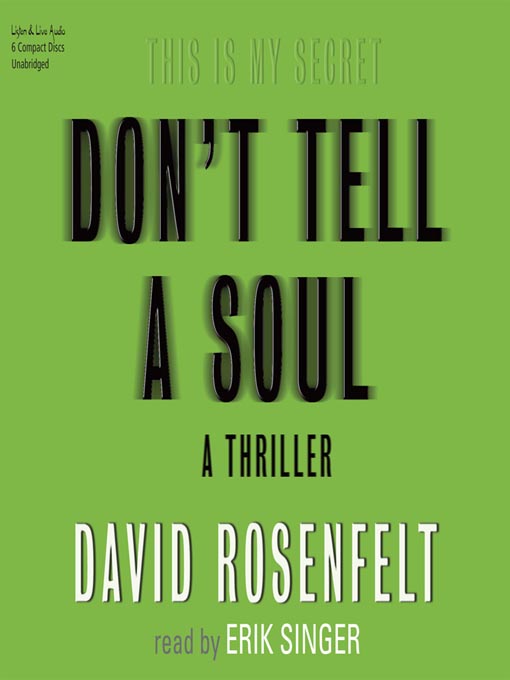 "Can you keep a secret? A really Big One?" The author of the popular Andy Carpenter series develop the thrills in his first standalone suspense novel. Tim Wallace's wife died in a New Jersey boating accident several months ago and the cops suspect Tim murdered her, though they have no real--case against him. Now it's New Year's Eve and his two best friends and business partners finally convince him to go out for the first time since Maggie's death. At their neighborhood pub just a few minutes before midnight, things in Tim Wallace's life go from bad to worse. "Can you keep a secret? A really big one?" a drunken stranger asks him. Before Tim can say anything or turn away, the man says, "You know Kinnelon, New Jersey? I murdered someone there. A girl ... three months ago. I feel much better now. Now it's your problem." And he walks away. When the man turns out to have been telling the truth, Tim's life is put under the microscope by the cops, and this time they're not giving up. But neither is Tim. Eventually he realizes the only person who can figure out what's really going on is him--even if it kills him.