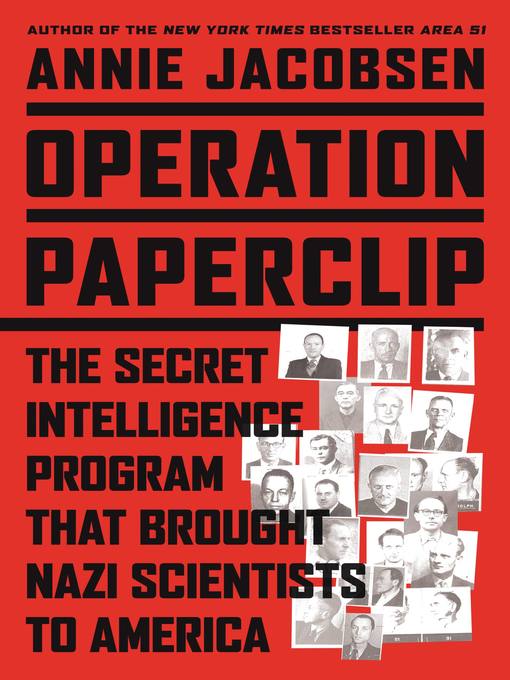 Details how the U.S. government embarked on a covert operation to recruit and employ Nazi scientists in the years following World War II in an effort to prevent their knowledge and expertise from falling into the hands of the Soviet Union

The war and the weapons
Destruction
The hunters and the hunted
Liberation
The captured and their interrogators
Harnessing the chariot of destruction
Hitler's doctors
Black, white and gray
Hitler's chemists
Hired or hanged
The ticking clock
Total war of apocalyptic proportions
Science at any price
Strange judgment
Chemical menace
Headless monster
Hall of mirrors
Downfall
Truth serum
In the dark shadows
Limelight
Legacy
What lasts?.