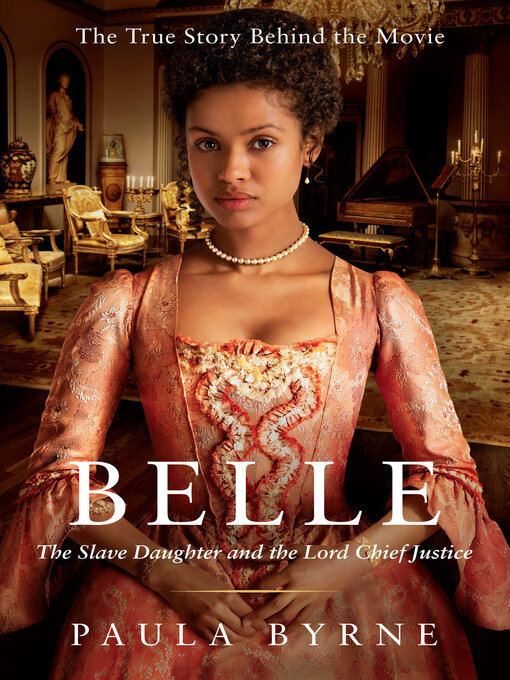 Belle the slave daughter and the Lord Chief Justice

From acclaimed biographer Paula Byrne, the sensational true tale that inspired the major motion picture Belle (May 2014) starring Tom Wilkinson, Miranda Richardson, Emily Watson, Penelope Wilton, and Matthew Goode{u2014}a stunning story of the first mixed-race girl introduced to high society England and raised as a lady. The illegitimate daughter of a captain in the Royal Navy and an enslaved African woman, Dido Belle was sent to live with her great-uncle, the Earl of Mansfield, one of the most powerful men of the time and a leading opponent of slavery. Growing up in his lavish estate, Dido was raised as a sister and companion to her white cousin, Elizabeth. When a joint portrait of the girls, commissioned by Mansfield, was unveiled, eighteenth-century England was shocked to see a black woman and white woman depicted as equals. Inspired by the painting, Belle vividly brings to life this extraordinary woman caught between two worlds, and illuminates the great civil rights question of her age: the fight to end slavery.

The Girl in the Picture
The Captain
The Slave
The White Stuff
"Silver-Tongued Murray"
The Adopted Daughters
Black London
Mansfield the Moderniser
Enter Granville Sharp
The Somerset Ruling
The Merchant of Liverpool
A Riot in Bloomsbury
A Visitor from Boston
The Zong Massacre
Gregson v. Gilbert
Changes at Kenwood
The Anti-Saccharites
Mrs. John Davinier
Appendix: Jane Austen's Mansfield Connection.