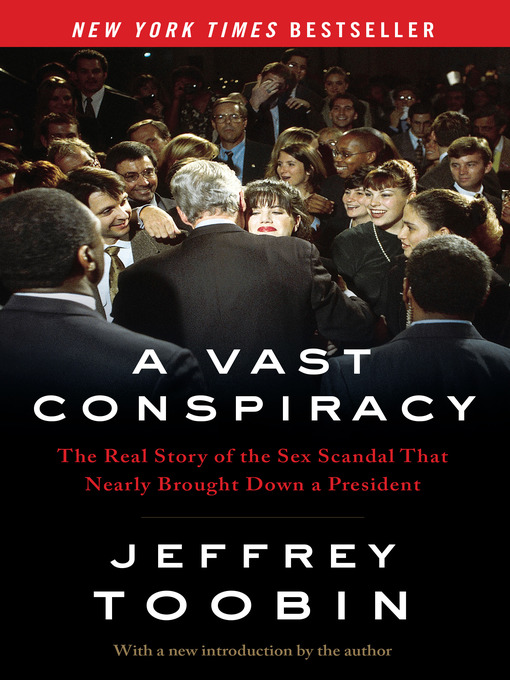 In A Vast Conspiracy, the best-selling author of The Run of His Life casts an insightful, unbiased eye over the most extraordinary public saga of our time -- the Clinton sex scandals. A superlative journalist known for the skillfulness of his investigating and the power of his writing, Jeffrey Toobin tells the unlikely story of the events that began over doughnuts in a Little Rock hotel and ended on the floor of the United States Senate, with only the second vote on Presidential removal in American history. This is an entirely fresh look at the scandal that very nearly brought down a president. Packed with news-making disclosures and secret documents published here for the first time, Toobin unravels the three strands of a national scandal - those leading from Paula Jones, Kenneth Starr, and Monica Lewinsky - that created a legal, personal, and political disaster for Bill Clinton. A Vast Conspiracy is written with the narrative drive of a sensational (if improbable) legal thriller, and Toobin brilliantly explores the high principle and low comedy that were the hallmarks of the story. From Tripp to Goldberg, Isikoff to Hyde, the complex and tangled motivations behind the scandal are laid bare. While misguided, outlandish behavior was played out at the very highest level, Toobin analyzes the facts and the key figures with a level of dignity and insight that this story has not yet received. The Clinton scandals will shape forever how we think about the signature issues of our day -- sex and sexual harassment, privacy and perjury, civil rights, and, yes, cigars. Toobin's book will shape forever how we think about the Clinton scandals. -- Jacket.

What the bubbas wrought
"Isn't that what happened?"
Party girl
"I love this man"
Really big crush
"Joan Dean"
Tabloid hearts
"Good strong Christian men"
"Draw the penis for me"
Consensual sex
Revenge of the "Peace Corps"
Definition of sex - and L-E-W-I-N-S-K-Y
Richard Jewell File
"I guess that will teach them"
"Words of assent"
"Eighteenth-hand" rumors
"I don't care if I'm impeached..."
Winning by losing
Mr. Genitalia and the perjury ladies
Culture Wars.