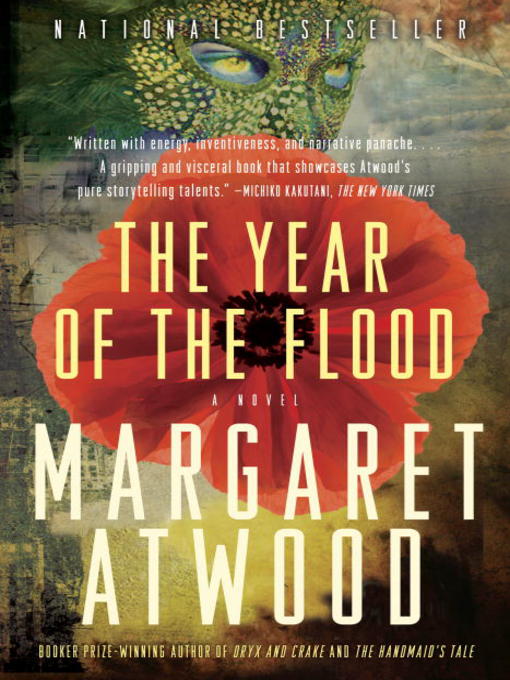 The year of the flood a novel

When a natural disaster predicted by God's Gardeners leader Adam One obliterates most human life, two survivors trapped inside respective establishments that metaphorically represent paradise and hell wonder if any of their loved ones have survived.

The garden
The year of the flood
Creation day
The feast of Adam and all primates
The festival of arks
Saint Euell of wild foods
Mole day
April fish
The feast of serpent wisdom
Pollination day
Saint Dian, martyr
Predator day
Saint Rachel and all birds
Saint Terry and all wayfarers
Saint Julian and all souls.