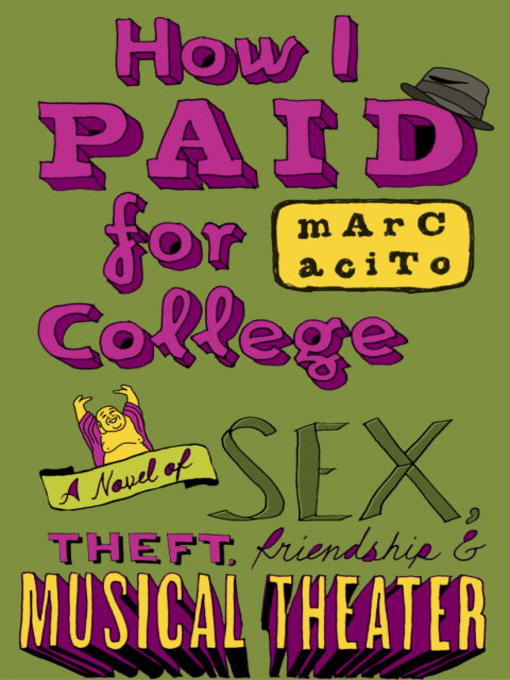 How I paid for college a novel of sex, theft, friendship & musical theater

In 1983 Wallingford, New Jersey, feckless teenager Edward Zanni is enjoying a carefree summer, until his father remarries and refuses to pay for him to study acting at Juilliard, and joins forces with his loyal misfit friends to assist him in stealing the tuition money from his father while practicing for a high school production of Grease. A deliciously funny romp of a novel about one overly theatrical and sexually confused teenager's larcenous quest for his acting school tuition. It's 1983 in Wallingford, New Jersey, a sleepy bedroom community outside of Manhattan. Seventeen year old Edward Zanni, a feckless Ferris Bueller type, is Peter Panning his way through a carefree summer of magic and mischief. The fun comes to a halt, however, when Edward's father remarries and refuses to pay for Edward to study acting at Juilliard. Edward's truly in a bind. He's ineligible for scholarships because his father earns too much. He's unable to contact his mother because she's somewhere in Peru trying to commune with Incan spirits. And, as a sure sign he's destined for a life in the arts, Edward's incapable of holding down a job. So he turns to his loyal but immoral misfit friends to help him steal the tuition money from his father, all the while practicing for his high school performance of Grease. Disguising themselves as nuns and priests, they merrily scheme their way through embezzlement, money laundering, identity theft, forgery, and blackmail. But, along the way, Edward also learns the value of friendship, hard work, and how you're not really a man until you can beat up your fat age story that combines the first person tone of David Sedaris with the Byzantine plot twists of Armistead Maupin. It is a novel for anyone who has ever had a dream or a scheme, and it marks the introduction to an original and audacious talent.