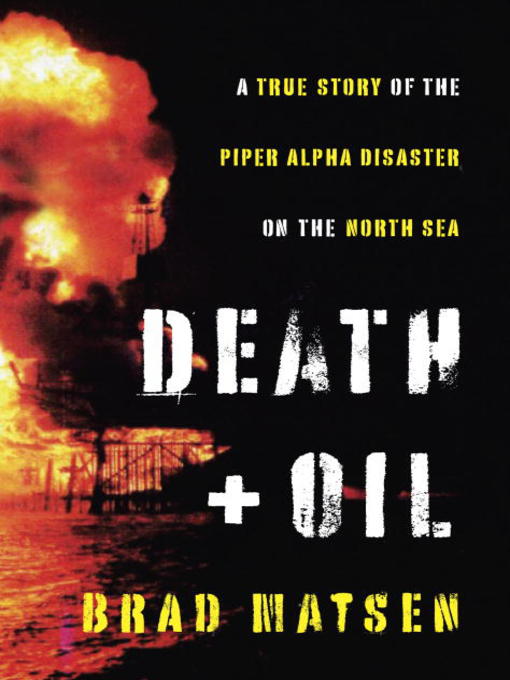 The first full account of the most tragic oil rig disaster in history, the human story behind it, and the true nature of its legacy. July 6, 1988, began as a normal day on Piper Alpha, the biggest offshore oil rig on the North Sea. But just after 10:00 p.m., a series of explosions rocked the platform, and the inferno continued to burn for weeks. Of the 226 men working on the platform, 162 died, along with two of their would-be rescuers. Brad Matsen talked to the survivors and their families; to the rescue teams, firefighters, and hospital workers; and to other witnesses. Now he brings together the full story of the human error and corporate malfeasance behind this tragedy. Here is a comprehensive account of the catastrophe, from the origins of the fires on the rig to the investigation into the causes of its demise to the pain it continues to cause the survivors and the families of the dead. Written with a novelist's sense of pace and eye for detail, it is a riveting, gut-wrenching saga, made even more timely and important in light of recent disasters.