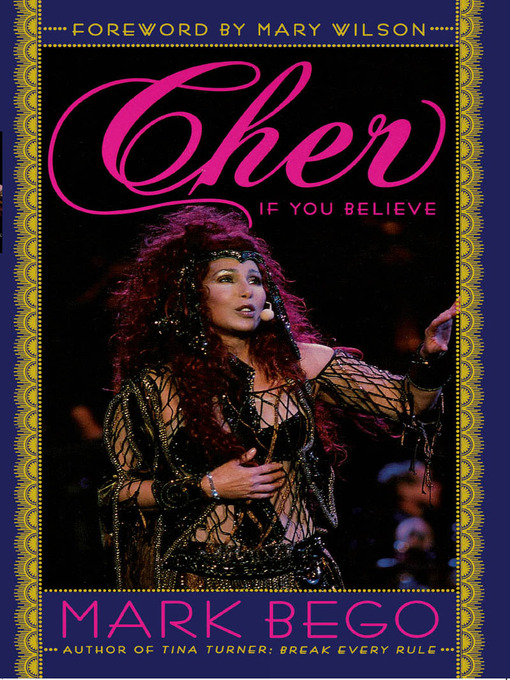 Cher if you believe

Pop phenomenon Cher has had one of the most surprising and long-lasting careers in American entertainment. Her run of hits and comebacks have continued to defy expectations, right up to her Grammy Award-winning song "Believe" and subsequent tour and HBO special. Cher's string of successes includes dozens of hit songs from the '60s onward, two top-10 rated television shows, a critically acclaimed appearance on Broadway, and a succession of award-winning films roles, the latest being in Tea with Mussolini. In this brand new book pop music authority Mark Bego tackles all the recent developments including her well-documented grief after ex-husband Sonny Bono's tragic death. Cher: If You Believe also includes the most complete discography ever of her career as well as a "boyfriend-ography"!