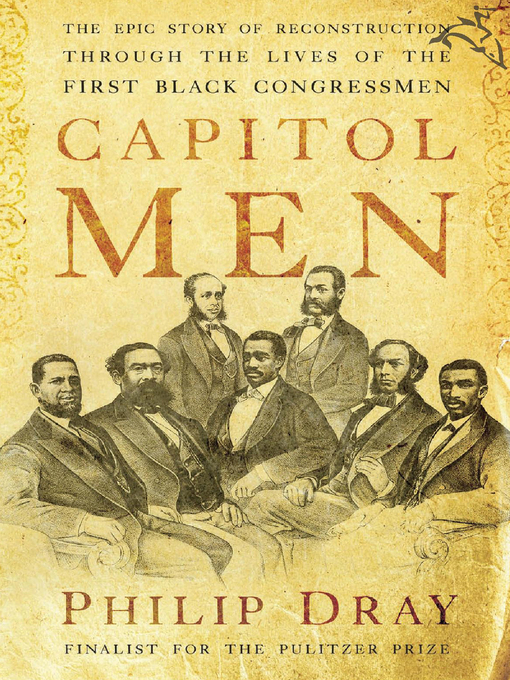 "Reconstruction was a time of idealism and sweeping change, as the victorious Union created citizenship rights for the freed slaves and granted the vote to black men. Sixteen black Southerners, elected to the U.S. Congress, arrived in Washington to advocate reforms such as public education, equal rights, land distribution, and the suppression of the Ku Klux Klan." "In this book, Philip Dray reclaims their story. Drawing on archival documents, contemporary news accounts, and congressional records, he shows how the efforts of black Americans revealed their political perceptiveness and readiness to serve as voters, citizens, and elected officials." "We meet men like the war hero Robert Smalls of South Carolina (who had stolen a Confederate vessel and delivered it to the Union navy), Robert Brown Elliott (who bested the former vice president of the Confederacy in a stormy debate on the House floor), and the distinguished former slave Blanche K. Bruce (who was said to possess "the manners of a Chesterfield"). As Dray, demonstrates, these men were eloquent, creative, and often effective representatives who, as support for Reconstruction faded, were undone by the forces of Southern reaction and Northern indifference."--BOOK JACKET