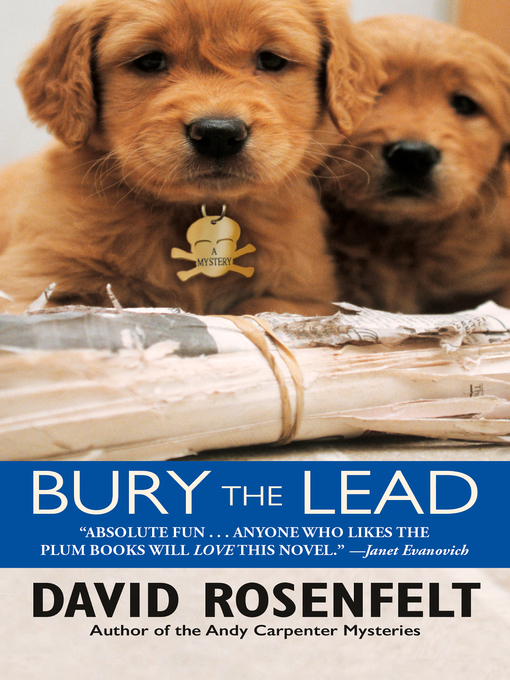 The hero of Rosenfelt's previous novels, Edgar-nominated Open and Shut, and First Degree, Andy Carpenter returns to prove the innocence of a reporter accused of being a serial killer. Defense attorney Andy Carpenter has been successfully avoiding taking on new cases until his sometime friend and newspaper owner Vince Sanders, calls and asks him for a favor. Daniel Cumming, Vince's star reporter, is being used as the mouthpiece for a brutal serial killer. He has been cooperating with the police but Vince wants to make sure both the newspaper and Daniel are protected. Andy thinks the case will be a piece of cake...until Daniel is found unconscious in the park next to the killer's latest victim. Daniel claims he intended to stop the murder but the police arrest him. A reluctant Andy plunges himself into the case. And as he learns more about Daniel's shady background he begins to wonder how deadly the truth might be.