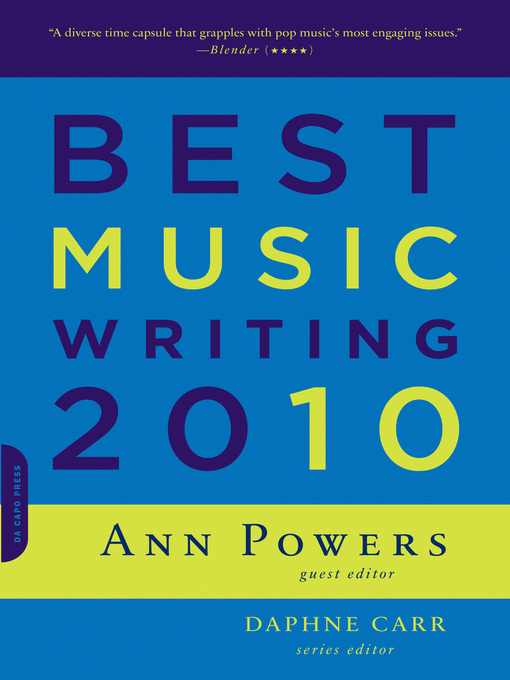 Presents a collection of essays and articles about music and its culture published in 2009, covering a diversity of music styles, including rock, pop, rap, jazz, blues, and country