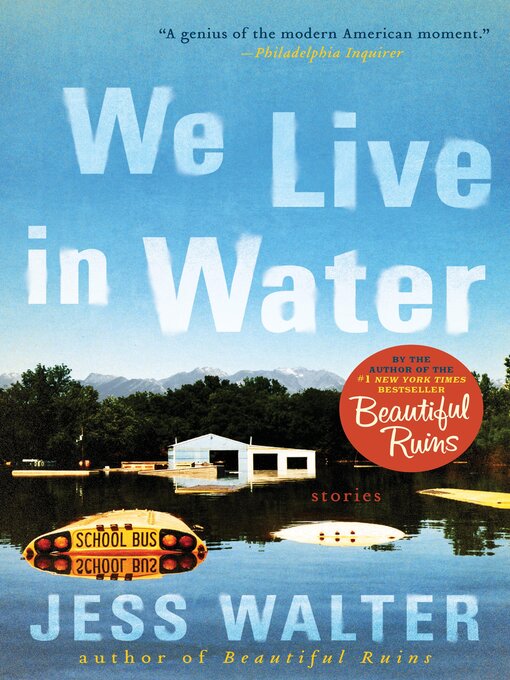 We live in water stories

"We Live in Water, the first collection of short fiction from New York Times bestselling author Jess Walter, is a suite of diverse, often comic stories about personal struggle and diminished dreams, all of them marked by the wry wit and generosity of spirit that has made him one of our most talked-about writers. In "Thief," a blue-collar worker turns unlikely detective to find out which of his kids is stealing from the family vacation fund. In "We Live in Water," a lawyer returns to a corrupt North Idaho town to find the father who disappeared thirty years earlier. In "Anything Helps," a homeless man has to "go to cardboard" to raise enough money to buy his son the new Harry Potter book. In "Virgo," a local newspaper editor tries to get back at his superstitious ex-girlfriend by screwing with her horoscope. And the collection's final story transforms slyly from a portrait of Walter's hometown into a moving contemplation of our times."--from cover, p. [4]

Anything helps
We live in water
Thief
Can a corn
Virgo
Helpless little things
Please
Don't eat cat
The new frontier
The brakes
The wolf and the wild
Wheelbarrow kings
Statistical abstract for my hometown of Spokane, Washington.