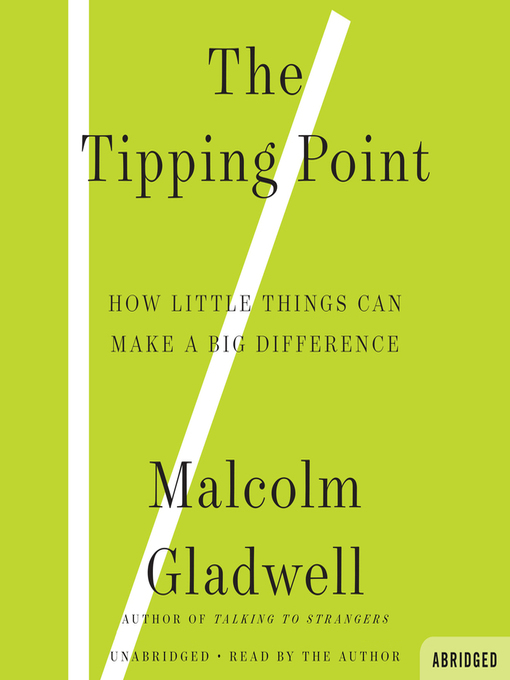 The tipping point how little things can make a big difference

Ideas, products, messages and behaviors "spread just like viruses do." Behavior can ripple outward until a critical mass or "tipping point" is reached, changing the world. Gladwell develops these and other concepts (such as the "stickiness" of ideas or the effect of population size on information dispersal) through simple, clear explanations and entertainingly illustrative anecdotes.